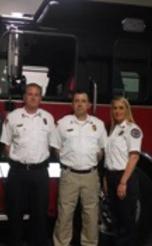 The mission of the Northview/Kodak Fire Department is to provide all persons who reside, work, or travel within the departments coverage area, the protection of life, property, and environment within those areas where the department has direct protection responsibilities by virtue of law, contract, or mutual understandings. 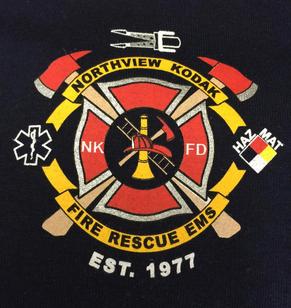 The Northview/Kodak Fire Department was established in 1977 by a group of community members that were concerned for their neighbors and community. They worked hard to gather support and raise money and formed the department, struggling for many years with outdated and used equipment. The department purchased a piece of property that was an old filling station for $800 and remodeled it and turned it into a one bay fire station with one truck. Which was pickup truck with a home made pump bought from Co-op. Since that time the department has purchased many used and wrecked trucks and spent many hours repairing them.

Now the department has grown to 3 stations, that puts about 99% of Kodak’s residents within 5 miles of a fire station, 3 Class A fire engines, a 75 ft. quint aerial truck, an 1800 gallon tanker, 3 first response vehicles, HAZMAT trailer, and a chiefs truck. The department covers approx. 35 square miles of area which includes a mix of residential, commercial, and industrial facilities. The population of the area is about 17,000 permanent residents but since the area is located at one of the state’s busiest interstate exits the number of people in the area could be much much higher. Our community is home to a TVA hydroelectric dam, a minor league baseball stadium, 3 schools, several large retail shopping venues, and several industrial facilities.

The department has experienced a lot of growth in the last 10 to 15 years, mainly because of the city of Sevierville’s annexation of a corridor through the middle of the service area. That annexation and growth has been beneficial to the growth of the department and allowed the department to enter a new phase of growth. The department has entered into a contract with the City of Sevierville to provide fire protection to the residents and visitors and businesses in the North District of the city. As part of the contract Northview/Kodak Fire Department will begin staffing an engine company 24 hours a day 365 days a year. This opportunity is extremely beneficial to this community and the people we serve.